BestForPets is reader-supported. When you buy through links on our site, we may earn an affiliate commission. Learn more

The Bayer K9 Advantix II flea prevention is our top suggestion for fast-acting and long-lasting treatment for your dog. This one seemed to live up to all of our hopes since we had wonderful luck with it. In just twelve hours, lice, fleas, and ticks will be eradicated.

We believe that our money was well spent on this product, which is why it has gained our top rating on our list and is this year's finest flea drop for dogs.

The Hartz UltraGuard Dual Action topical is one of the best flea drops for dogs while being one of the most inexpensive fleas and tick control solutions. Despite the low price, you receive three distinct applications that provide three months of protection. While this is fewer than some other brands, the price is so low that it's difficult to criticize.

This formula protects the whole body of your dog. It eliminates and prevents re-infestation from head to toe, allowing you to rest easy knowing your dog is protected. However, we did not appreciate the highly pungent stench it left on our pets.

The odor disappears after a few days, however, we found it offensive. Nevertheless, we consider it to be one of the most effective fleas and tick preventatives we evaluated, and its low price helped it earn our second-place recommendation.

Due to the 100% waterproof formulation of Frontline Plus Flea Treatment, it is only necessary to apply it once a month to keep your dog fully protected.

It is effective against fleas, flea eggs, lice, and ticks, so your dog will be protected from most of the nasties you may be worried about. Each package has sufficient dosages to last for six months, so you won't need to replenish supplies frequently. This is advantageous because the price per packet is somewhat high.

This formulation contains two distinct insecticides to ensure that both larvae and adults are effectively eliminated. The oily residue that was left on our dogs was unpleasant, but it was important for repelling insects. Overall, we believe it to be one of the better solutions, although it does not provide nearly the same value as the Bayer K9 Advantix in our top spot.

Although it has the same active components as K9 Advantix II, the TevraPet Activate II flea and tick prevention drops did not function as well. Because it was not as effective as the Bayer product, it appears that it may not have the same quantities of these components.

Of course, it is also far less expensive, so we did not anticipate the same degree of performance. It did have a good impact, but it was not as obvious as we would have liked.

The inexpensive price includes a four-month supply. This is one of the better deals, but the decreased efficacy is a compromise that we would like to avoid. Worse, some of our dogs had an unpleasant reaction to these drops and appeared to loathe them after application.

After administering the drops, our worried dog began to whine continuously. After observing this reaction, we were hesitant to provide this product to our other pets. However, we had previously used medication on several dogs without bad effects, and it was only partially successful on them.

The Sentry FiproGuard 2950 topical flea drops, which come in a three-month supply, are one of the most reasonably priced flea drops for dogs that we tested. This product was insufficiently effective for us to suggest it, despite the fact that we liked the idea of purchasing it once and not having to worry about it again for three months.

It is water-resistant and should not wash off your dog. In contrast to previous treatments we tried, this one did not leave any apparent traces, other than a foul odor. We did not enjoy how it made our dogs stink, but we were willing to overlook this for the product's amazing efficacy.

We did observe a reduction in bugs, but it did not eliminate the flea problem for which we purchased it. However, other items were far more expensive, so we had high hopes for the Sentry FiproGuard. Ultimately, it disappointed us, while it's hardly the worst option available.

We were initially drawn to the extremely low price of CrossBlock II Flea Preventative. Due to the fact that it is not consistently effective, we do not believe that it is a good choice when compared to other solutions on the market. The performance it gives is, at best, inconsistent.

In some instances, we witnessed reductions in the number of active fleas on our dogs, but they quickly returned. In another test, there was no discernible improvement.

In both instances, it was ineffective against ticks, as we continued to find ticks despite using the treatment. Even though it's a very little expenditure, we don't believe it's worthwhile because it didn't perform well enough to be recommended.

The 5-way protection that the Advecta flea and tick topical medication claimed to give for our pets sounded appealing. Offering protection from fleas, ticks, biting flies, mosquitoes, and lice is intriguing, but it did not do this task effectively enough to get a higher ranking and a recommendation.

In the first few days, there was a minor decrease in the number of pests, but they were rapidly replenished and returned much stronger a few days later.

Worst of all, it caused several of our dogs to become ill, and we had to cope with vomiting and diarrhea. It is reasonably priced for a four-month supply, especially considering that it includes the same active components as our top-recommended K9 Advantix II.

However, the performance is subpar, and we believe you would be better off investing your money in a functional product rather than an inferior copy.

We were drawn to the plant-based mixture that Vet's Best offers in its Spot-On flea and tick treatments, as were many others. Even better, the pricing for the accompanying four-month supply is incredibly reasonable.

Obviously, if it had been as effective as stated, it would have moved up the list. Our experience indicates that it was ineffective in reducing fleas and ticks on our animal companions. We attempted it many times in other locations with the same results.

Although it was ineffective for its intended purpose, it made a lovely yellow fur color. This is a negative to be aware of if you have a dog with light-colored fur, especially white fur since we did not want this look and it took a while to wash out.

In addition to the yellow discoloration, it has a really foul odor that we did not appreciate having on our dogs. Despite our desire to appreciate it due to its plant-based approach, we cannot recommend this product.

Adams Plus Flea & Tick Spot On

Adams Plus flea and tick Spot-On drops are extremely cost-effective. Even though they are extremely reasonably priced for the three doses in a box, we do not consider them to be among the best bargains.

They're supposedly quick-acting, however, it took us several days to detect a difference. After that, the fleas returned with a fury in a matter of days, nullifying the impact of the Adams Plus drops.

Similar to many other tested drops, these had a very strong and unpleasant odor that we would rather avoid. We recommend investing in anything that has been shown to eliminate the parasites that are troubling your dog.

The Solimo flea and tick topical medication, one of the most expensive alternatives we evaluated, was also one of the least effective. Although it has the same active components as Frontline Plus, it was not nearly as effective in our tests. In fact, we did not believe it eradicated any of the pests we had hoped to eliminate.

We submitted many applications with the same outcomes. Also, similar to many other things we've tried, this product left our dogs with an unpleasant stench. If it had been effective, we could have overlooked the cost. As it is, we consider the Solimo flea and tick topical treatment to be costly and useless, which is why it ranks last on our list. 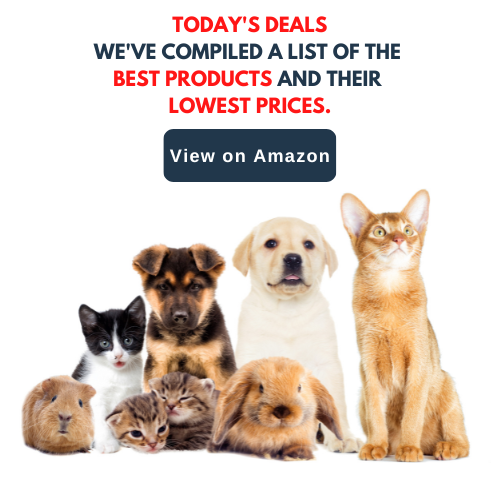 View on Amazon
Product Highlights Customer Reviews
ACTIVELY PROTECTS YOUR DOG: Activate II is approved by veterinarians to repel and kill fleas and ticks on contact - before your dog is exposed to bites and potential flea borne illnesses
MADE IN AMERICA - QUALITY GUARANTEED: TevraPet Activate II is made to the exacting standards we demand for our own pets. We're proud to help you protect your dog with confidenceread more on Amazon

View on Amazon
Product Highlights Customer Reviews
REMAINS POTENT - Crossblock II is waterproof once applied to ensure dogs remain safe in any condition. Feel rest assured that this product will work and last up to a month. After applying, do not let your dog or other pets lick or groom the treated area until it has dried (takes about 30 minutes).
BREAKS THE FLEA LIFE CYCLE - Each treatment prevents flea eggs and larvae from developing into adult fleas. Also, it prevents fleas from reproducing on your dog’s skin. Not effective against ticks.read more on Amazon

View on Amazon
Product Highlights Customer Reviews
SAFE & EFFECTIVE: Kills and repels fleas and ticks by contact for up to one month for large dogs over 40 lbs and 12 weeks or older.
EASY APPLICATION: Simply use the supplied dropper applicator and squeeze the specified amount betweeh the shoulder blades and base of the tail.read more on Amazon

View on Amazon
Product Highlights Customer Reviews
Same product, new look—This product is identical in manufacturing and formulation as the Solimo brand
Waterproof: 24 hours after application your pet’s treatment is protected against rain and water activitiesread more on Amazon

When you notice the beginnings of a bug infestation on your dog, you must treat it immediately with the appropriate solution before the situation escalates. To assist you in making the best choice, BestForPets (bestforpets.org) have exhaustively evaluated all available possibilities to identify the most dependable and efficient solution. You've read our reviews and are familiar with their relative merits, but before you make a purchase, we'll briefly highlight our top choices.

The Bayer K9 Advantix II flea prevention drops are our top pick for the most effective flea prevention drops for dogs. A packet is enough for four months of protection for your dog. Each treatment eliminates pests within 12 hours and continues to be effective for 30 days. In our tests, it proved to be the most efficient in killing unwelcome visitors. Hartz Topical flea and tick prevention is our runner-up and budget-friendly pick for the best flea drops for dogs. This full-body repellent was incredibly inexpensive and remained an excellent solution to our bug problem for 30 days after application.

get dog pee smell out of mattress

why are puppies so cute

natural sources of taurine for dogs 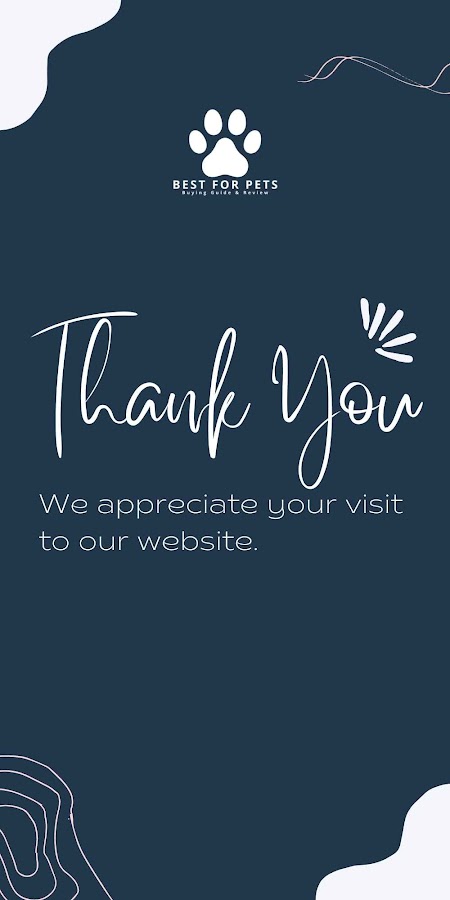